With this shift I have seen many posts and messages about becoming the senior that you needed when you were a junior. SHOs are encouraged to treat their interns better than they were treated, and residents are getting the same. I can only imagine that the newest consultants on the block are also being told to be trailblazers and culture changers.

But will junior doctors really become better seniors? I doubt it.

Culture is one of the hardest things to change, and it takes persistent and consistent effort. In medicine, culture isn’t the only reason why it’s difficult. The ills of being a medical doctor in Jamaica and possibly the wider Caribbean has a lot to do with the system, the administration and the overall treatment of doctors by the government and general public.

We now see graduation to senior positions as a reward after paying our dues, only to realise we still have dues to pay and sacrifices to make… the goal post is then moved to becoming a consultant, where you will (allegedly) finally have enough money and time to live the life you want (and deserve). Many of us are quickly realising what we thought really isn’t what is and as we become more senior will sometimes empathise with the seniors who did us wrong and perpetuate the cycle.

It takes less effort to go with the status quo, and only few will go against the current to become a “better” senior. The major problems juniors have (at all levels) is the lack of support, lack of assistance, lack of teaching and lack of advocacy for them. What I realised is that the same problems we had as interns with our seniors, many medical officers and residents have those problems with their seniors. Our problems in internship don’t seem to stop, it’s just lessens or seems less because we now have staff more junior to us, some would even argue that we trade old problems for new ones.

When I was an intern someone told me how my interactions with medical officers and other senior staff would change and I didn’t believe them, but when I finished internship my relationships with seniors did in fact change and gave me access to the different dynamics and challenges faced at various levels. I wasn’t an intern anymore, in fact I was seen more as an equal… even with seniors on my team. Internship is definitely a hazing period that most will say- “will make you or break you”. If it doesn’t kill you it makes you stronger- right? Wrong… it gives you trauma. Anyway- that’s a conversation for another day.

If at baseline, junior doctors won’t make better seniors, what will make them? While I have no data to back this up (something I hope will change soon) I have a few theories on how we can improve life as a doctor in the public system… and doctors being nicer to doctors, while on my list, isn’t actually at the top of it.

If we’re serious about change, we have to know what to change, right? We cannot know what we do not measure. Why is internship so hard? Why don’t medical officers feel more supported? Why are so many doctors disillusioned?

These are questions many of us can answer, we talk them about all the time in our group chats but there is no local research to guide a change of culture. Do we even want a change? That again is something research can answer too. Who perpetuates the culture? Why is it cyclical?

Answering these questions allows us to put problems and issues on paper and into perspective. Once these are known we can move on to finding practical solutions.

Identify who gains the most from the current culture

Off the bat many of you may say the consultants, but I am here to challenge that view. Our problems with medicine are not all “consultant created” though many are consultant perpetuated because of lack of advocacy and support. When we look at the systemic and administrative issues, they both augment and probably cause the cultural problems. There aren’t enough jobs, contracts have no benefits, we have no pension scheme, our health insurance makes no sense, our work conditions are resource poor and overall not ideal, not enough time off and burnout is rampant.

Identifying the beneficiaries helps with creating strategies and alliances for advocacy and improvement.

Doctors work ridiculous hours for inadequate compensation. Doctors want to be able to retire, raise their children and own a home. Since most are contract workers they get little to no benefits- and the benefits they do get make no sense many times. This means the pay check at the end of the month has to be used to vamp up the benefits, versus being given benefits along with the pay check. In the recent discussion about 6 month contracts, it appears that instead of giving persons a longer term contract or a post, the option is to give (continuous) 6 month contracts that seem like a copout and a loophole to not give doctors the already meager benefits they’re entitled to…

Interns, senior house officers and medical officers/ residents are generally held accountable, especially the more junior you are. However, when you start looking at more senior staff the idea that your junior staff can and should hold you accountable is foreign. The higher up the ladder you go the less “supervised” you are which simply means the more you can and cannot do. If an intern doesn’t show up when they’re supposed to, they will be reprimanded… but what about when your consultant or senior registrar doesn’t come or comes at unreasonable hours- who holds them accountable?

Complaints and criticism in the workplace always seem to be a one way street, from top to bottom. And when it goes the other way it’s either not addressed or punished. Criticisms and complaints are not necessarily bad things, in fact they are a unique opportunity to learn and improve. A team complaining about the absence of their senior staff might signal a lack of support  and opportunity to learn from the expert in the field. Teams may feel work is unequally distributed. When an environment is created where concerns can be aired, it opens room for growth and improvement.

Address Retaliation In The workplace and Improve Recourse System

Retaliation in medicine exists from passive aggressive to overt actions. It is easy for retaliation to go unaddressed because it’s difficult to prove and even if proven who do you go to for recourse? There is no trust in the recourse system, a complaint against a colleague is often times spread widely and openly, usually inadequately addressed and often times punished in subtle ways- whether its through the rota, the duties/ sessions you do or don’t get or passive aggressive behaviour from other colleagues. This is even amplified if the issue was brought up by a junior staff against a more senior staff member.

Focus on soft skills in school

Soft skills don’t just help with patient interaction, but they help with interaction with a team and improve interpersonal skills. Persons aren’t born natural communicators, empaths and with conflict resolution skills, however, these are all things that can be taught and practiced. Learning these skills benefit the team dynamic and allow doctors to interact better with one another.

Who holds the power in medicine? For persons who want to keep a job, get into a programme or go abroad, ruffling feathers is not the way to go, as those who hold the most power are often the gatekeepers who continue to perpetuate the inequities of medicine or simply don’t advocate on behalf of those most affected. You cannot ask anyone to put their future on the line and become a martyr or even worse a scapegoat. This is why many junior doctors simply keep their heads down and push through. When they become the gatekeepers though- why isn’t there any change?

Time and time again, we have had grand ideas and proposals to create radical change but little to no support. You can’t blame people for fear of retribution, not to mention with several articles and healthcare worker problems being brought to light there is still little to no change. The fear of putting your future in medicine at risk and the disenchantment with previous attempts of improvement leave a fragmented group. Support and change will come when allies are made with people in power. Maybe it’s time our strategy changes.

Every senior remembers what it was like to be a junior, they also think every junior after them has had it better. Just because there are small improvements doesn’t mean the struggles and issues of junior doctors are less valid. Asking seniors to remember how they felt as juniors isn’t enough- measures have to be put in place where it is easier to be the senior that you wanted than it is to be the senior you may have had. All this to say, I do implore everyone who is getting a “promotion” come July 1st to advocate in your own space for better conditions for yourself and juniors, allow space for your junior staff to speak openly and candidly with you and don’t take criticisms too personally, see what can be learnt and improved from them. 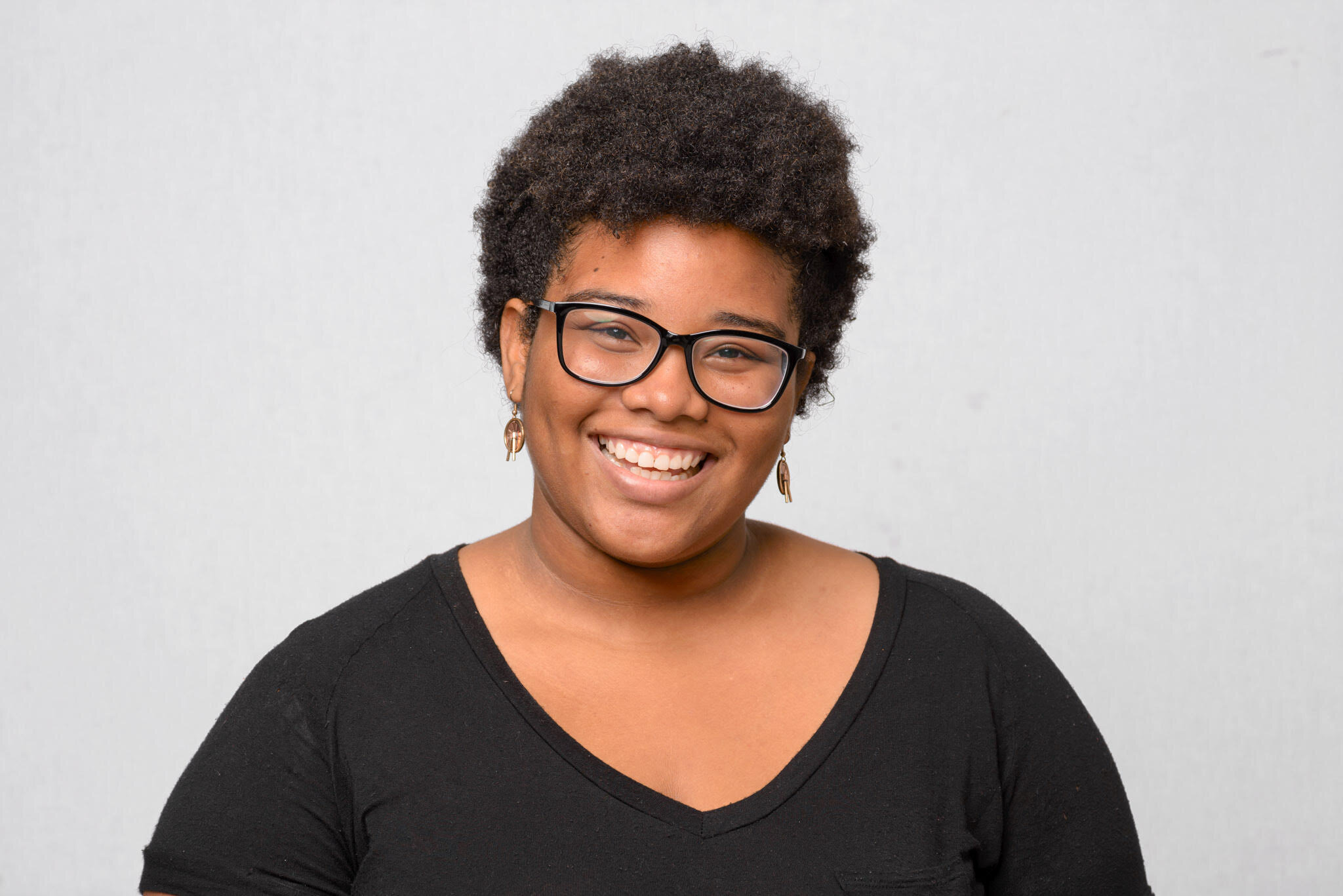 Samantha C. Johnson The Layman’s Doctor: Bringing Medicine Home with articles, podcasts and videos all aimed at making medicine more accessible to all. 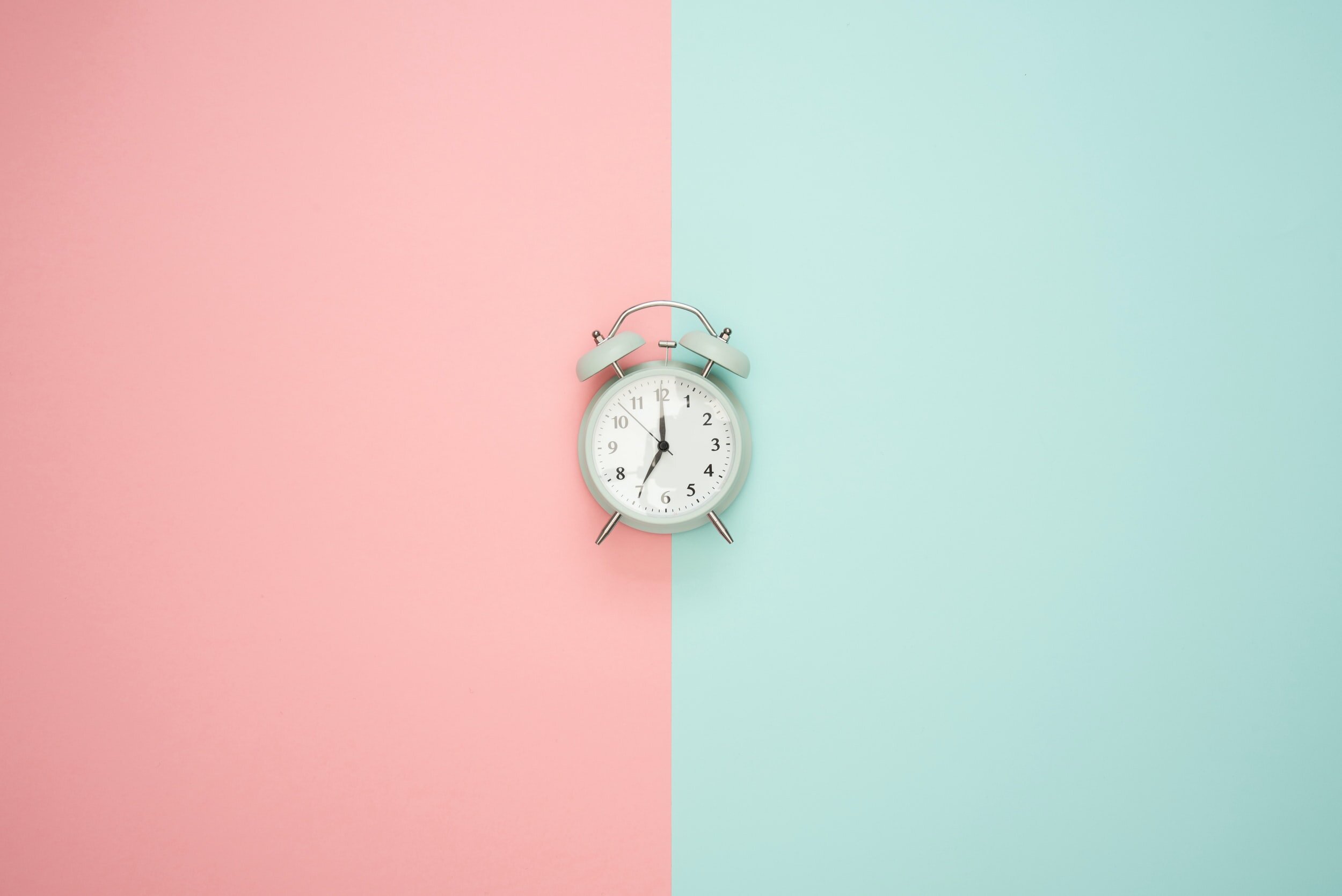 Why Your Private Practice Clients Hate That You’re Late 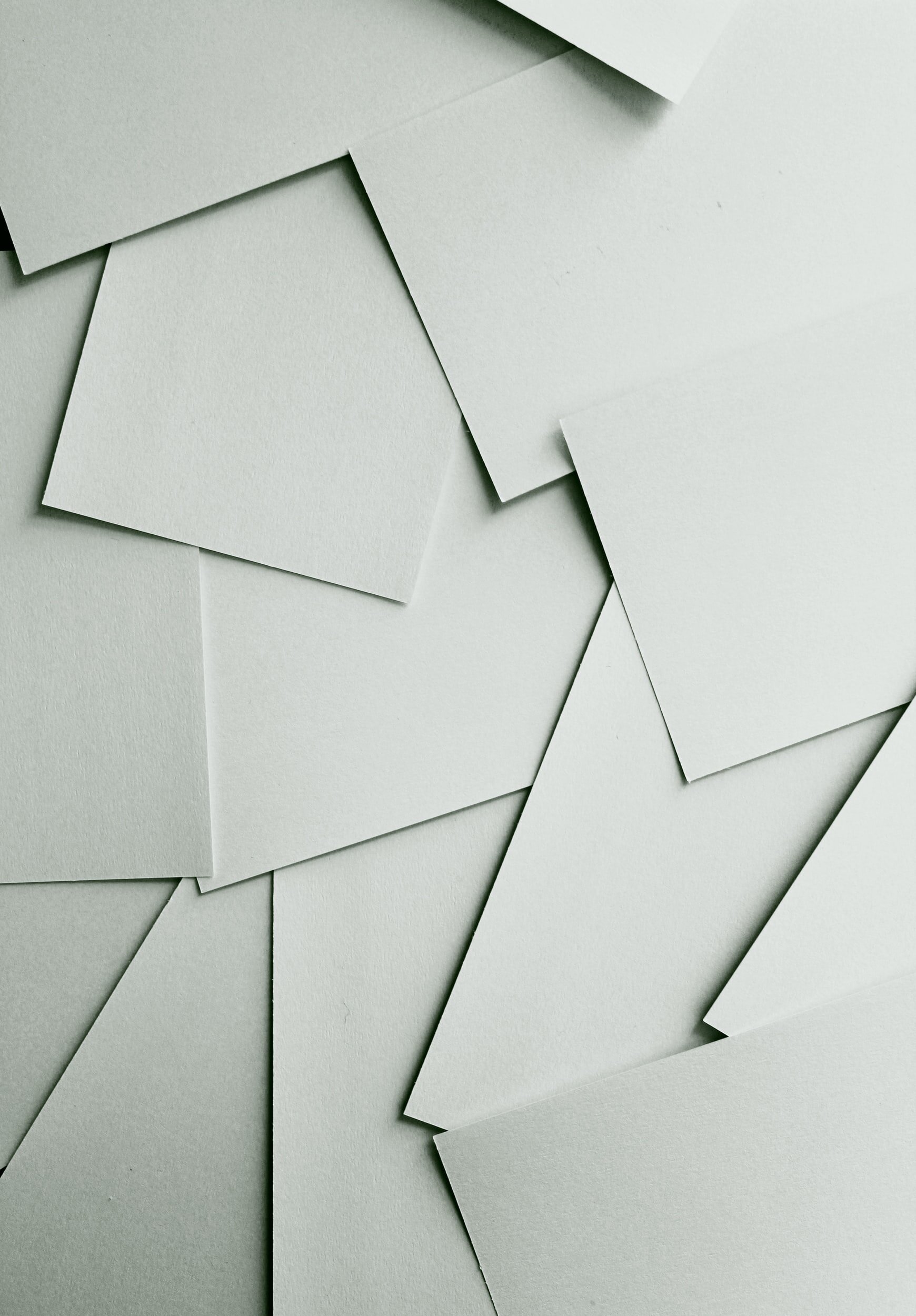 How To Write Assessments in Medicine 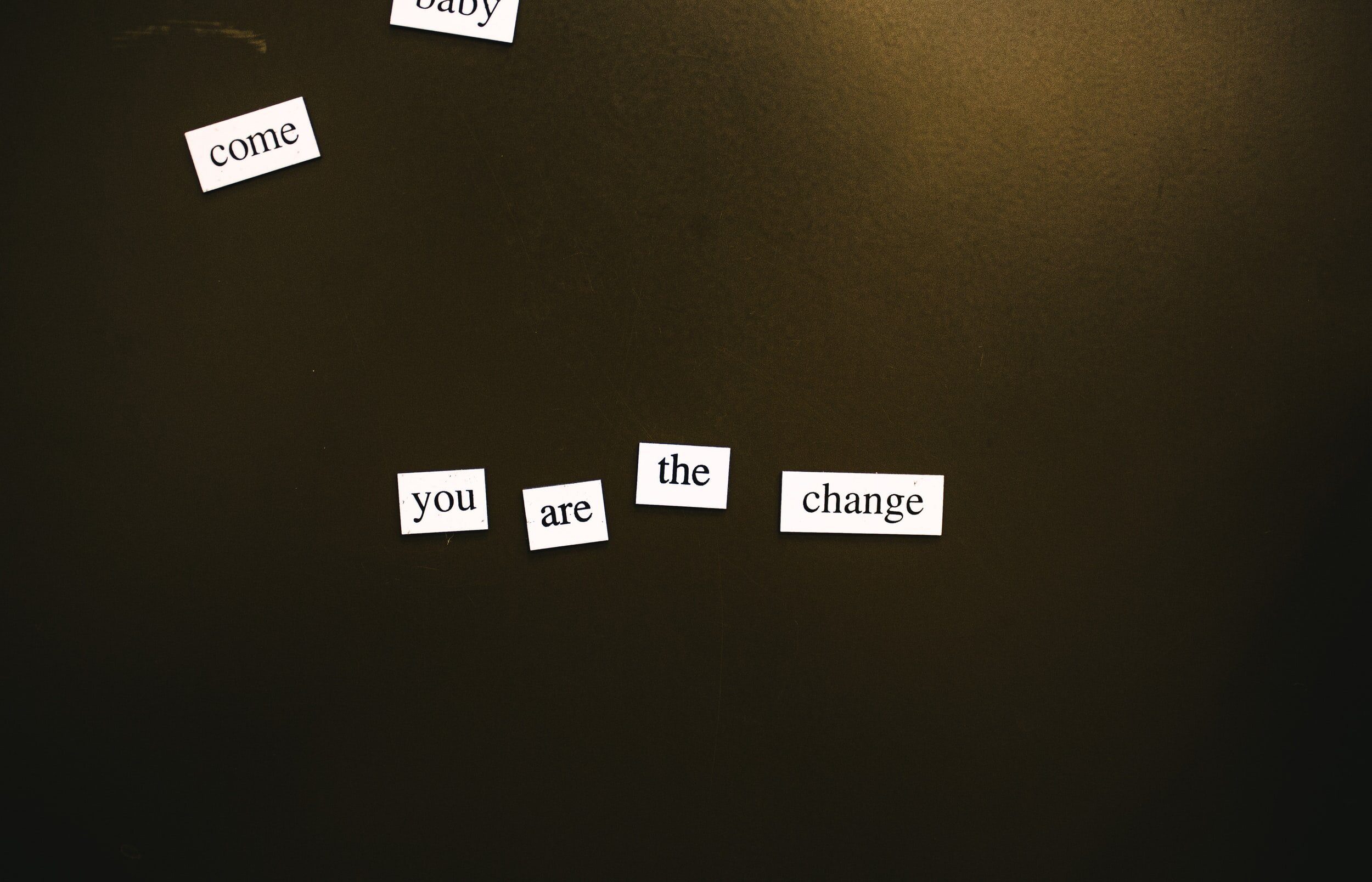 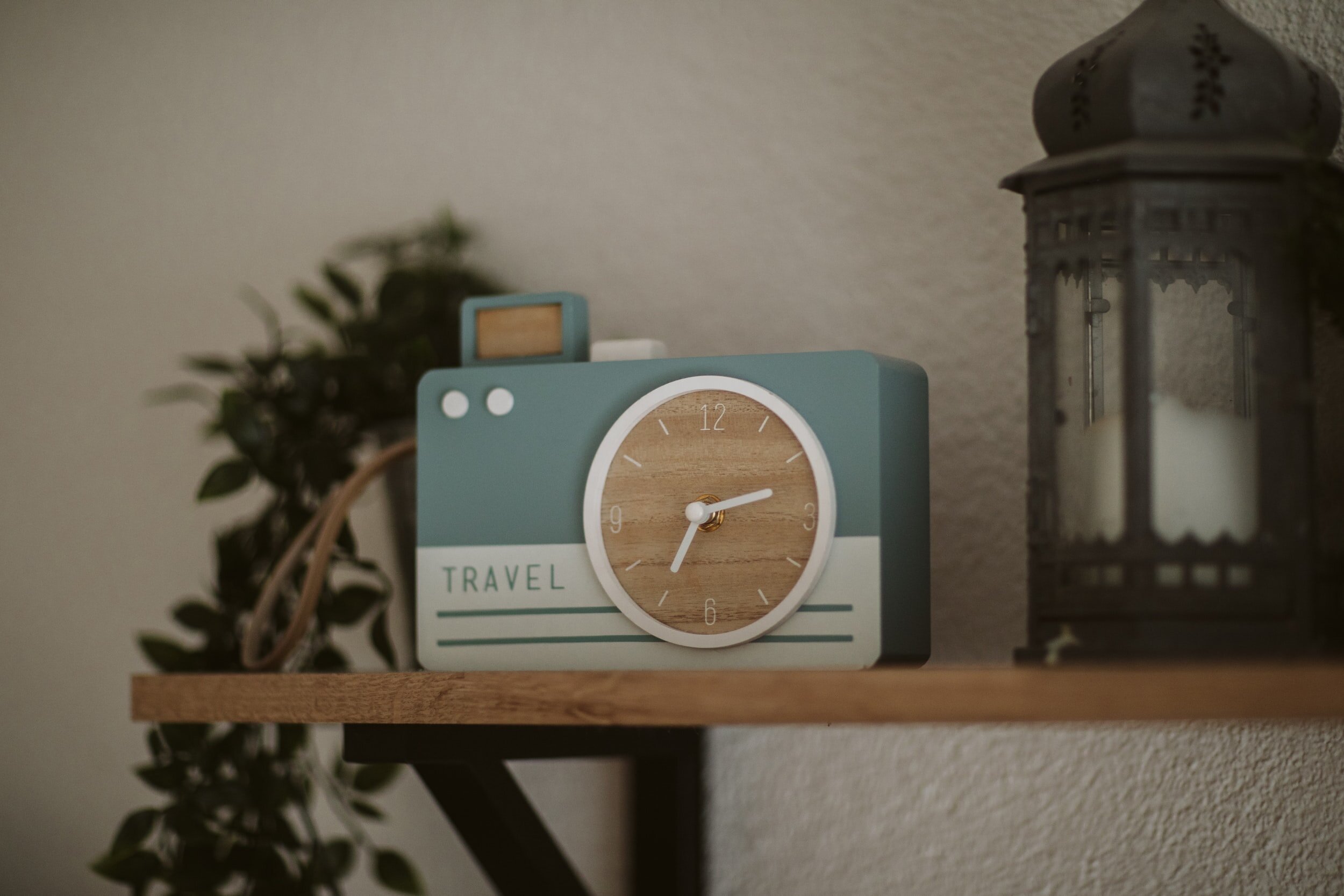 How To Create A Timeline of Your Illness

Creating a timeline is a good way to understand symptoms and come up with potential causes of your illness. The doctors aim is to guide you with specific questions and prompts, if needed, to further understand the timeline of your symptoms. 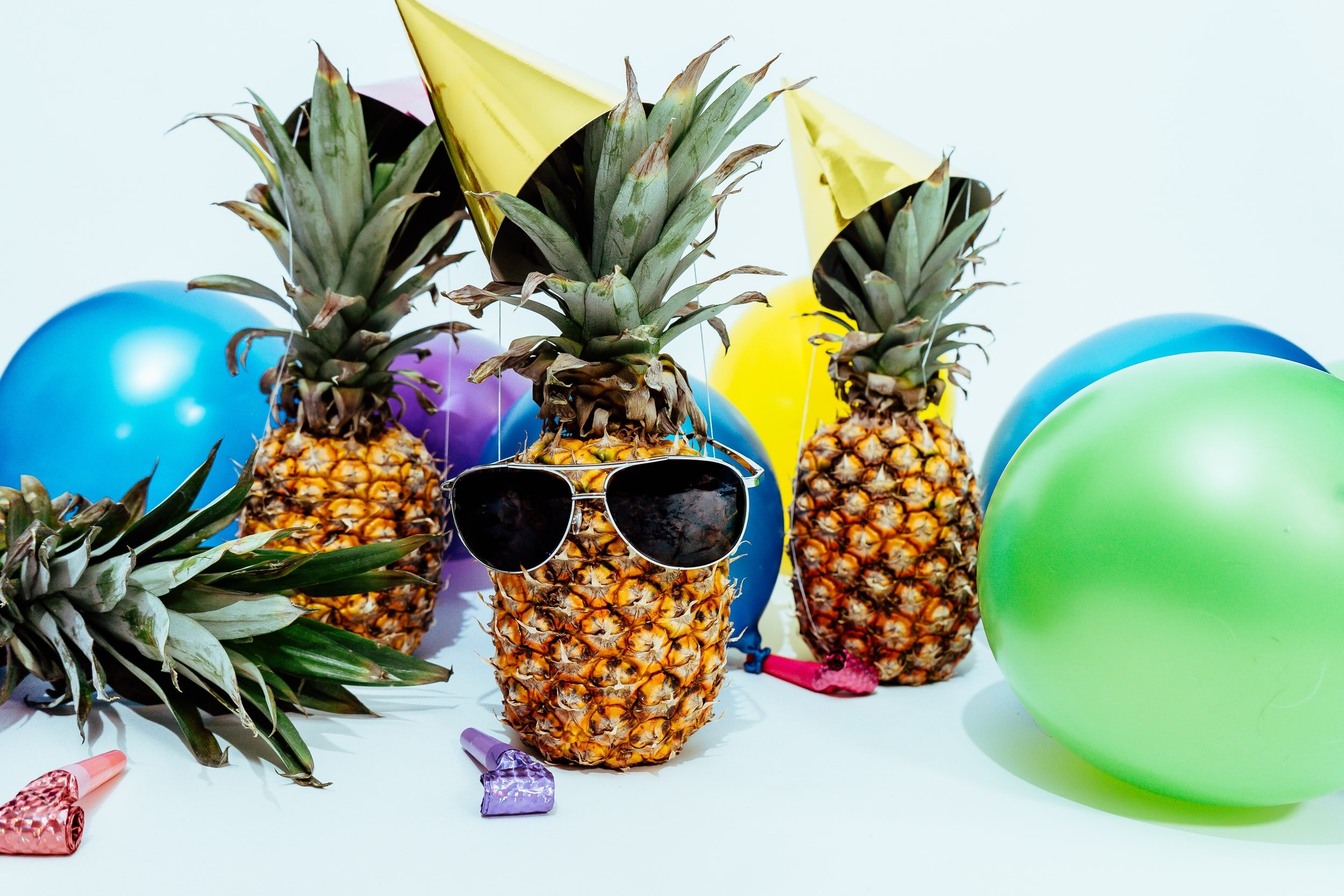 Can We Go Outside During The Pandemic?

After over a year of the pandemic people are ready to go outside- are we ready? 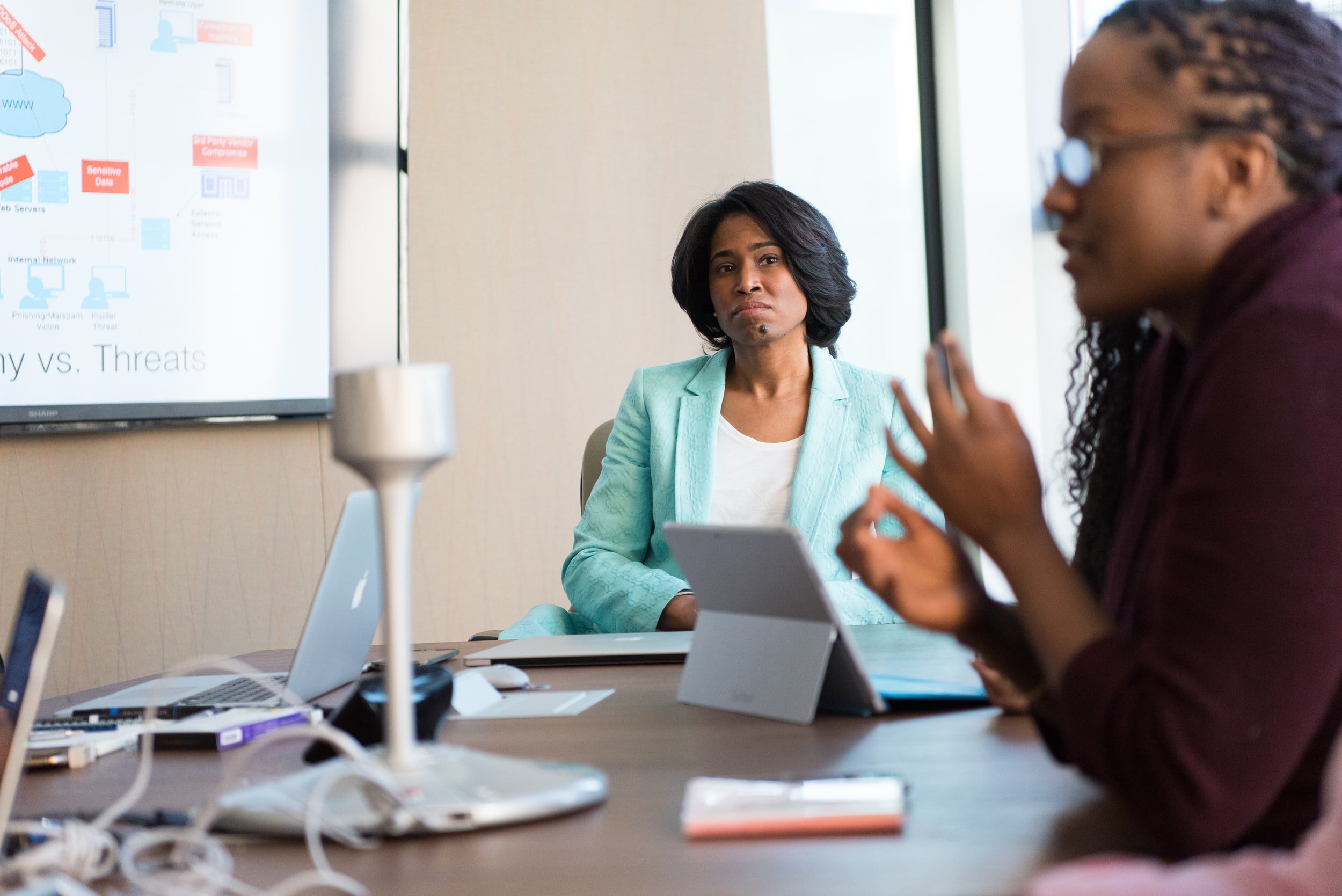 Medical Officer Interviews: How to have a successful interview 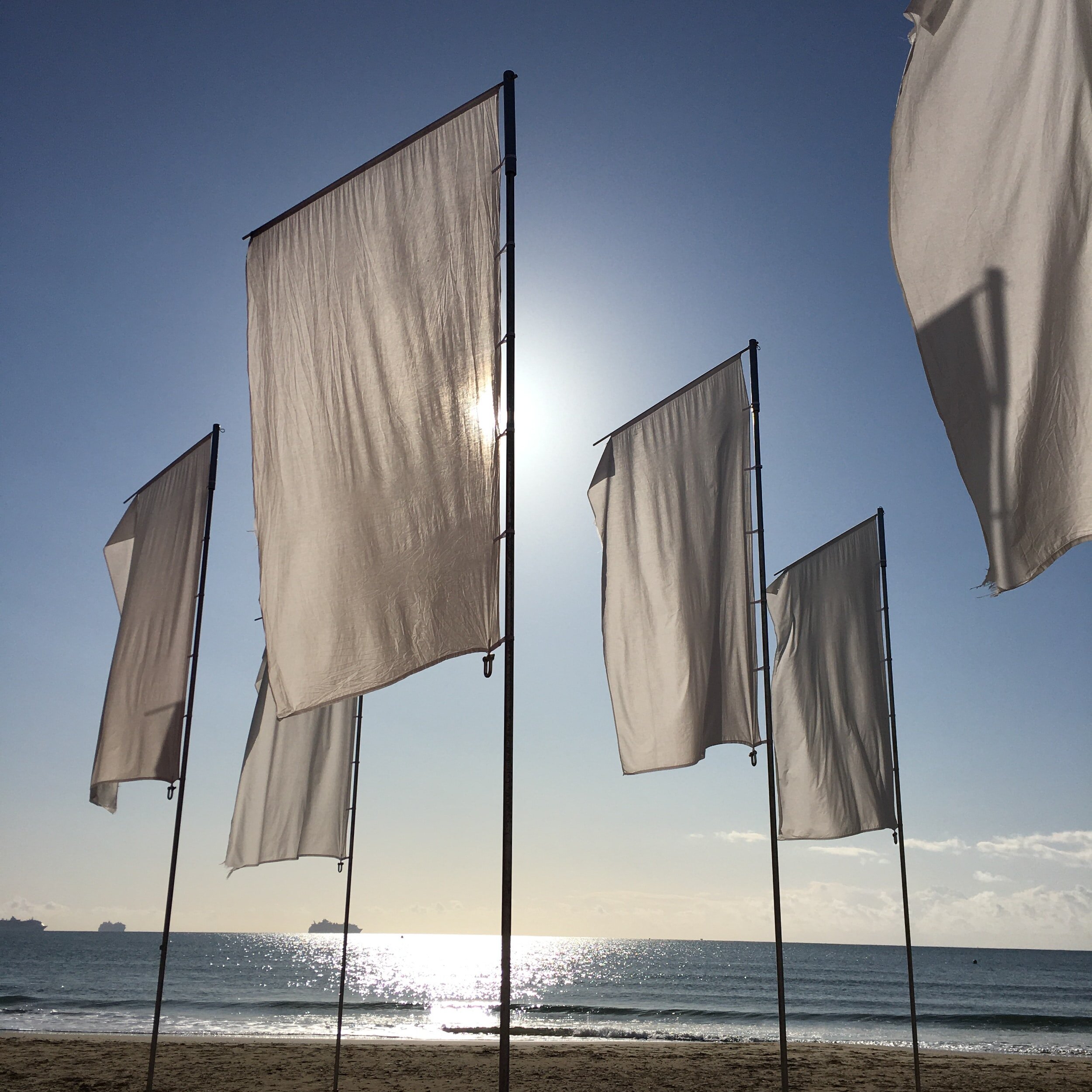 The Elephant in the room: the (Toxic) culture of medicine

Addressing the culture of medicine means we have to admit there is a problem. The Caribbean should not wait until it’s too late to move towards improving the workplace culture for doctors. 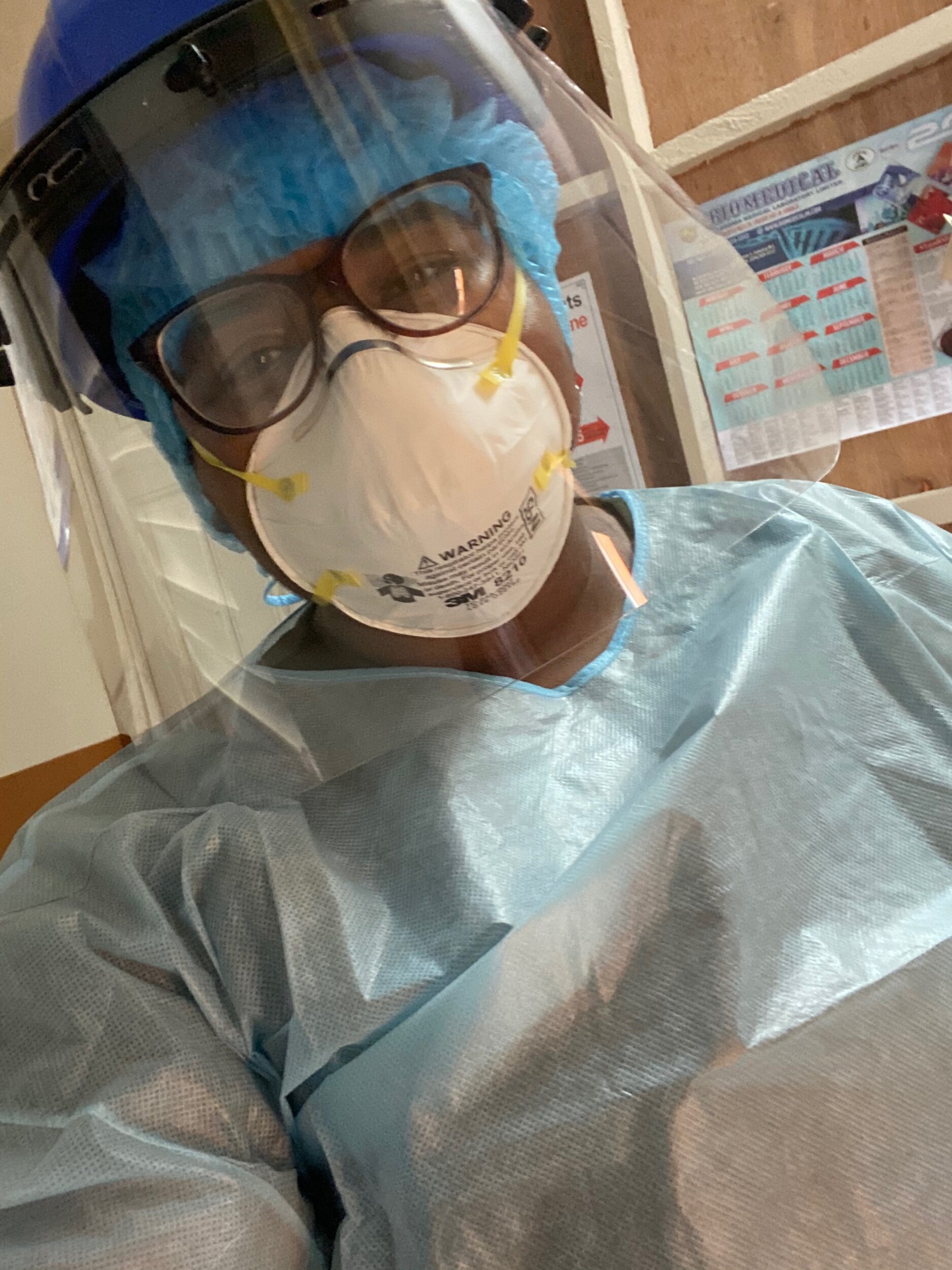 Why I Decided to Take A Covid 19 Break 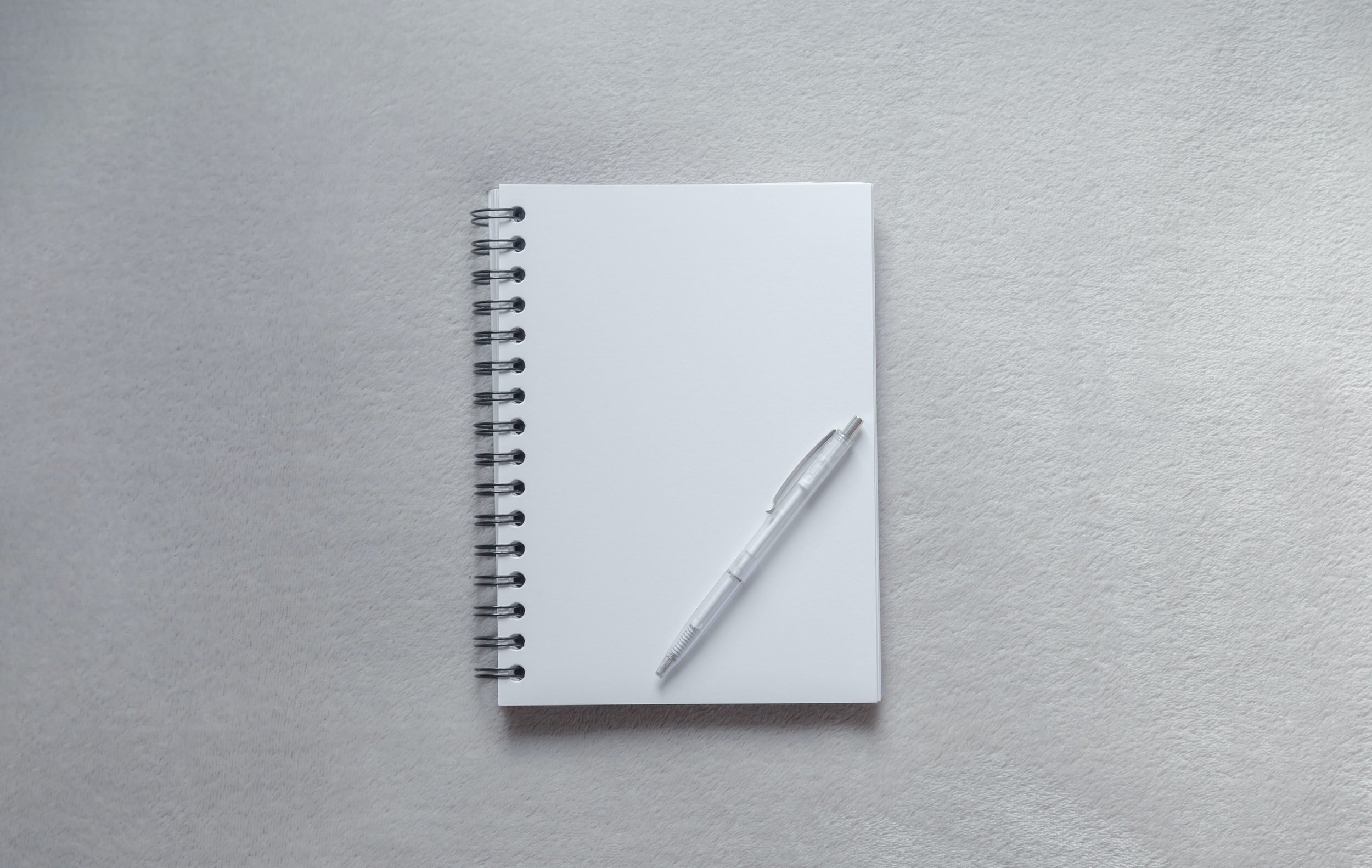 Why Buy-In matters in advocacy and how to get it

Why leveraging buy-in in advocacy can help you achieve your advocacy goals and how to do it! 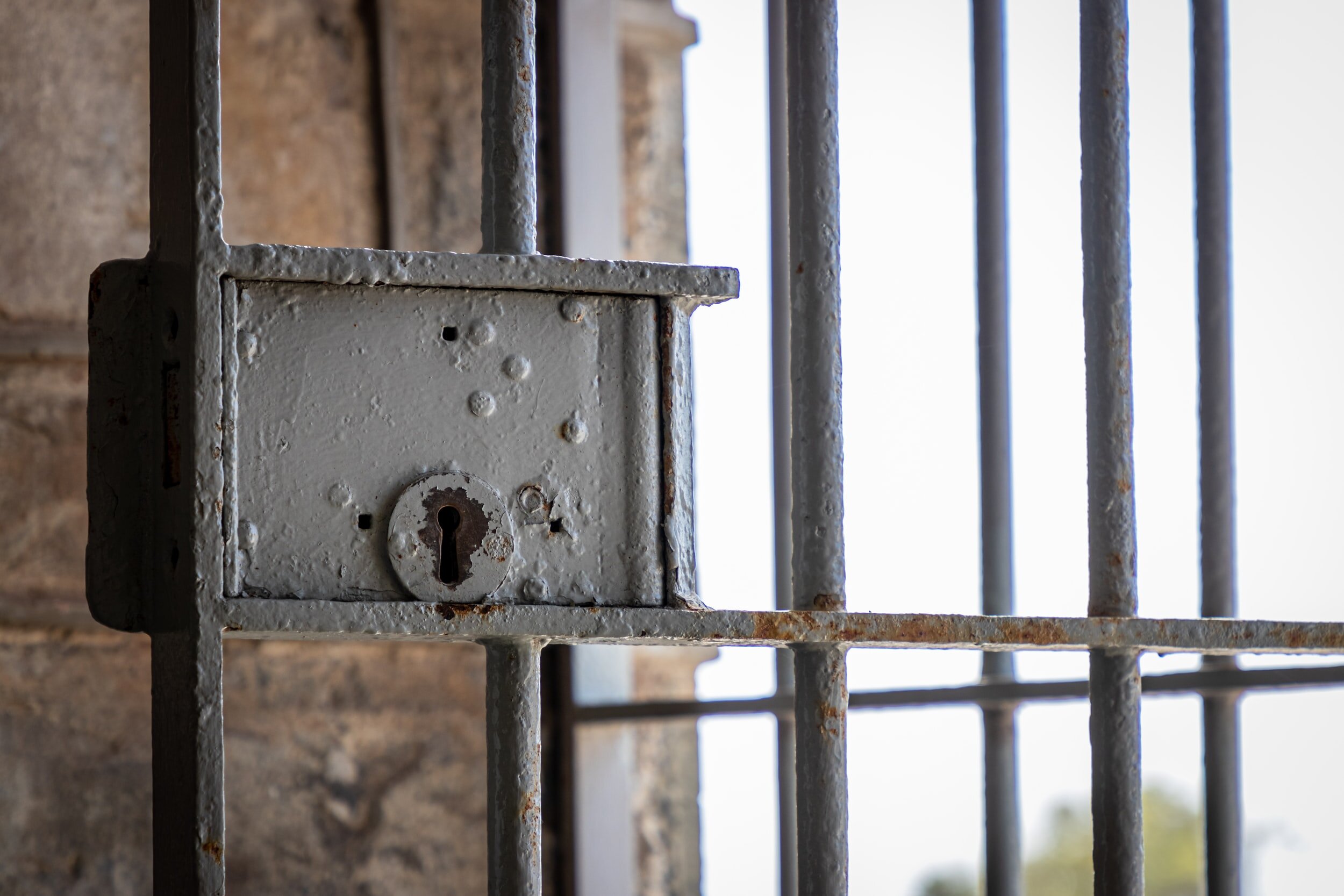 Here are 4 ways to improve your workplace culture. 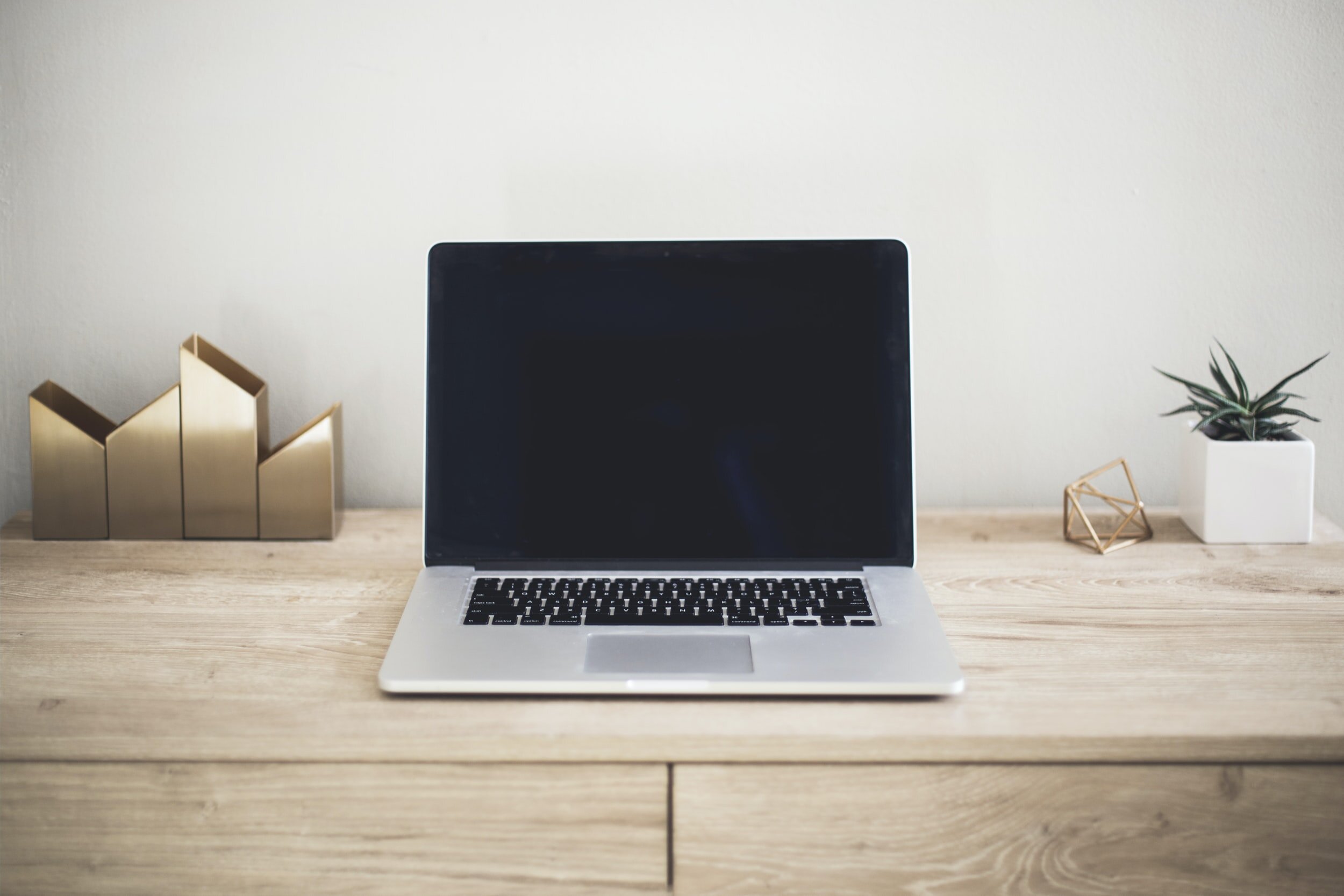 The Online Interns: Year In Review

Did changing how the MBBS programme was delivered and tested affect the quality of interns? 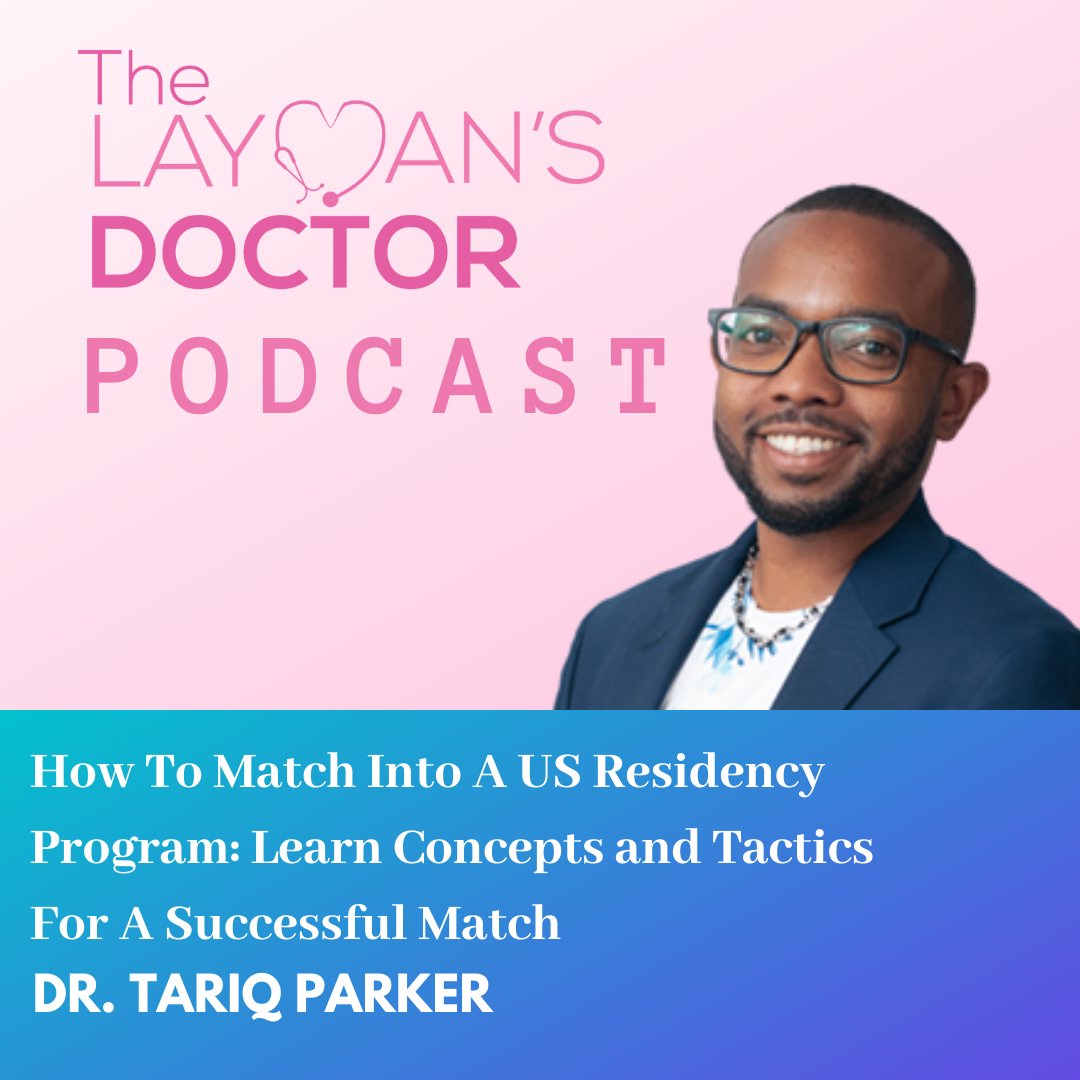 How To Match Into A US Residency Program: Learn Concepts and Tactics For A Successful Match

In this episode Dr. Tariq Parker speaks about how he successfully matched into the competitive speciality Neurosurgery at the prestigious Massachusetts General Hospital. 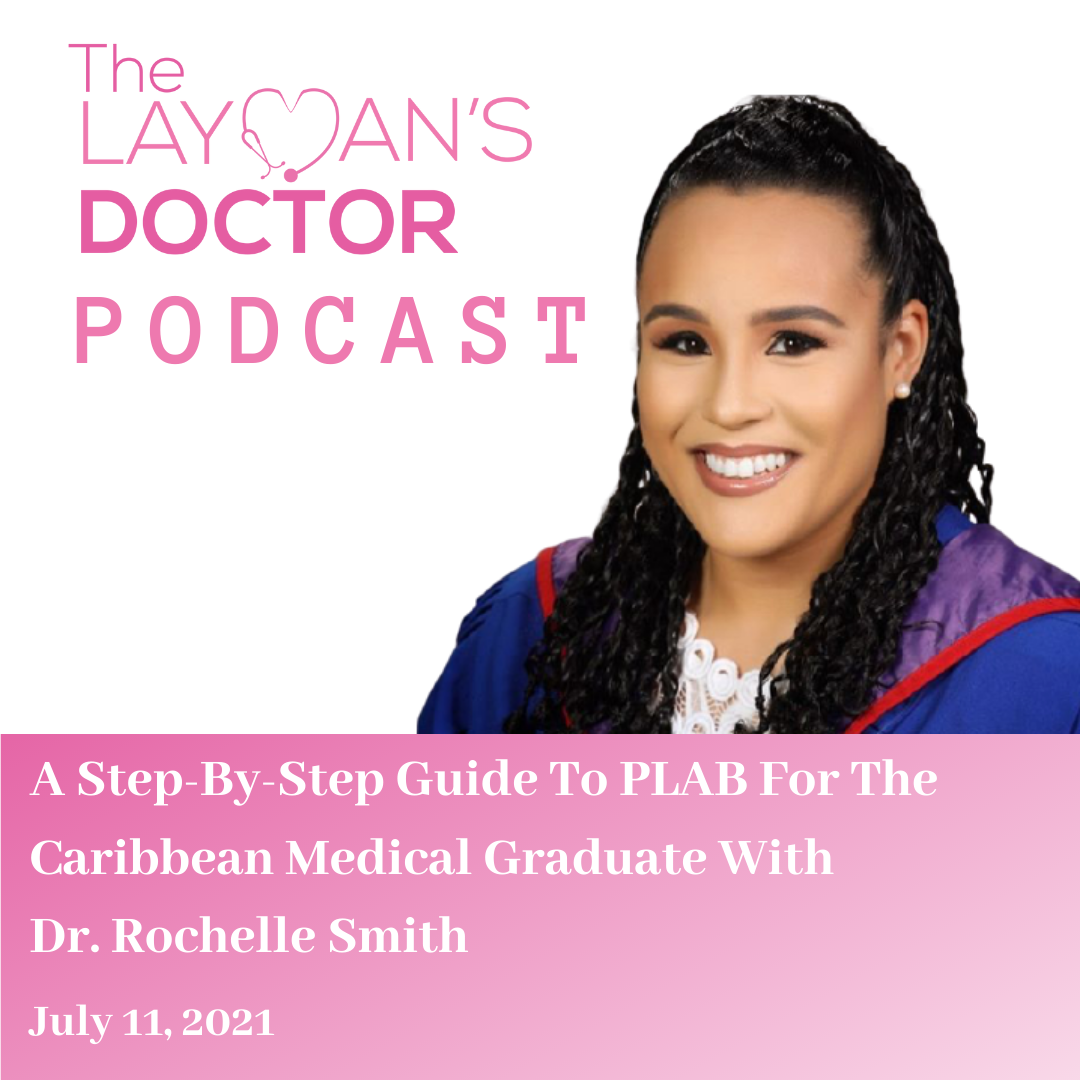 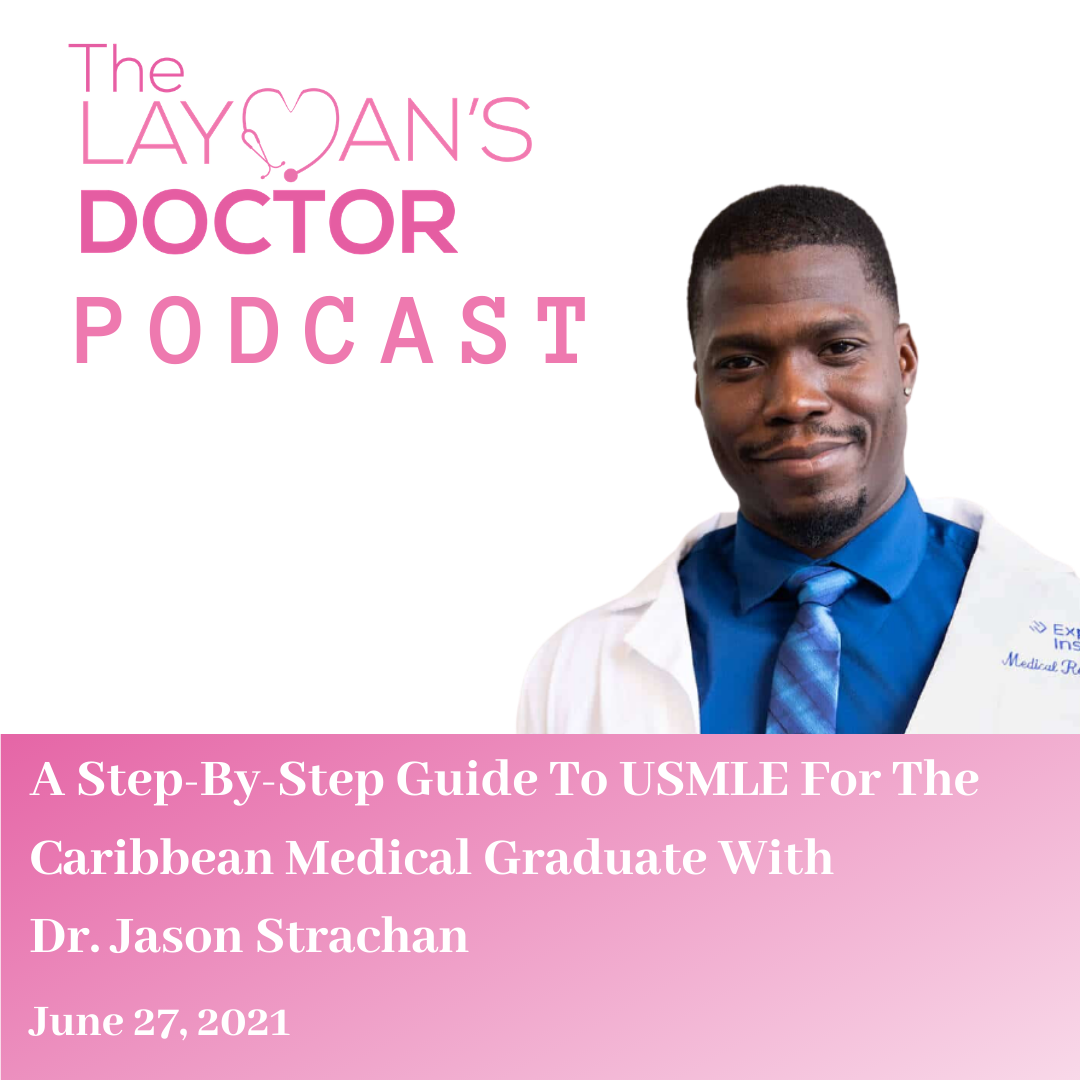 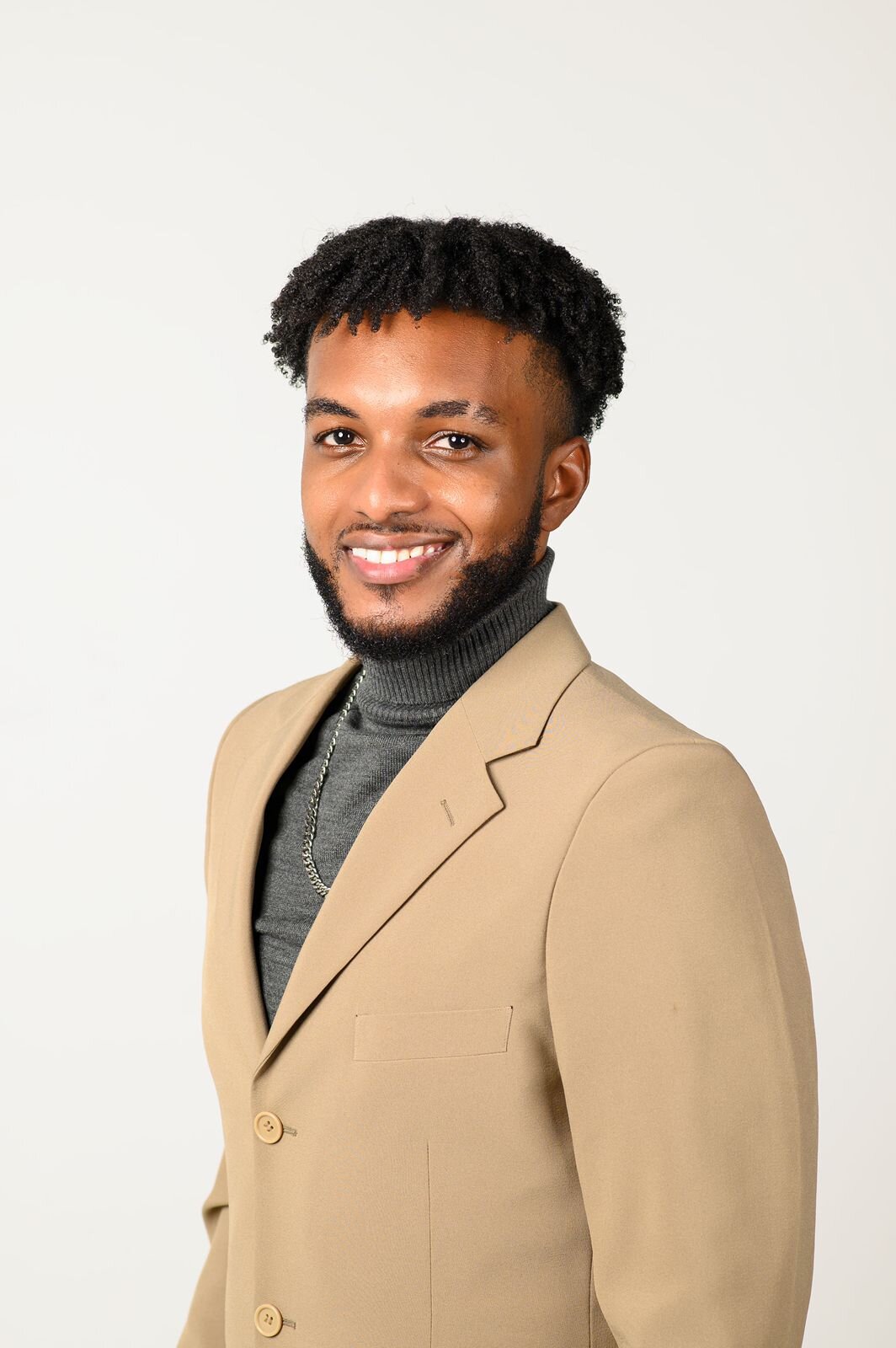 Pharmacists’ Role During The Covid 19 Pandemic 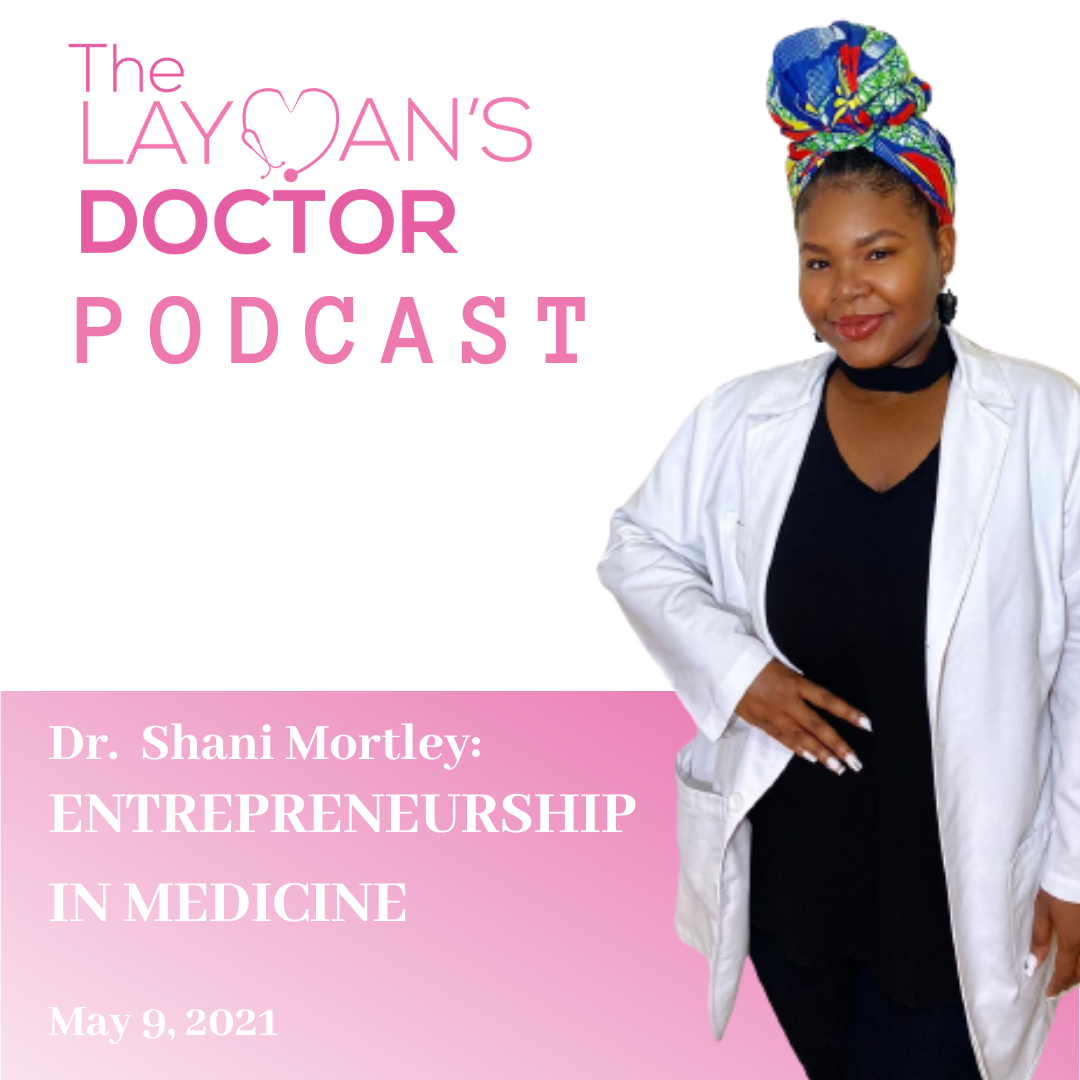 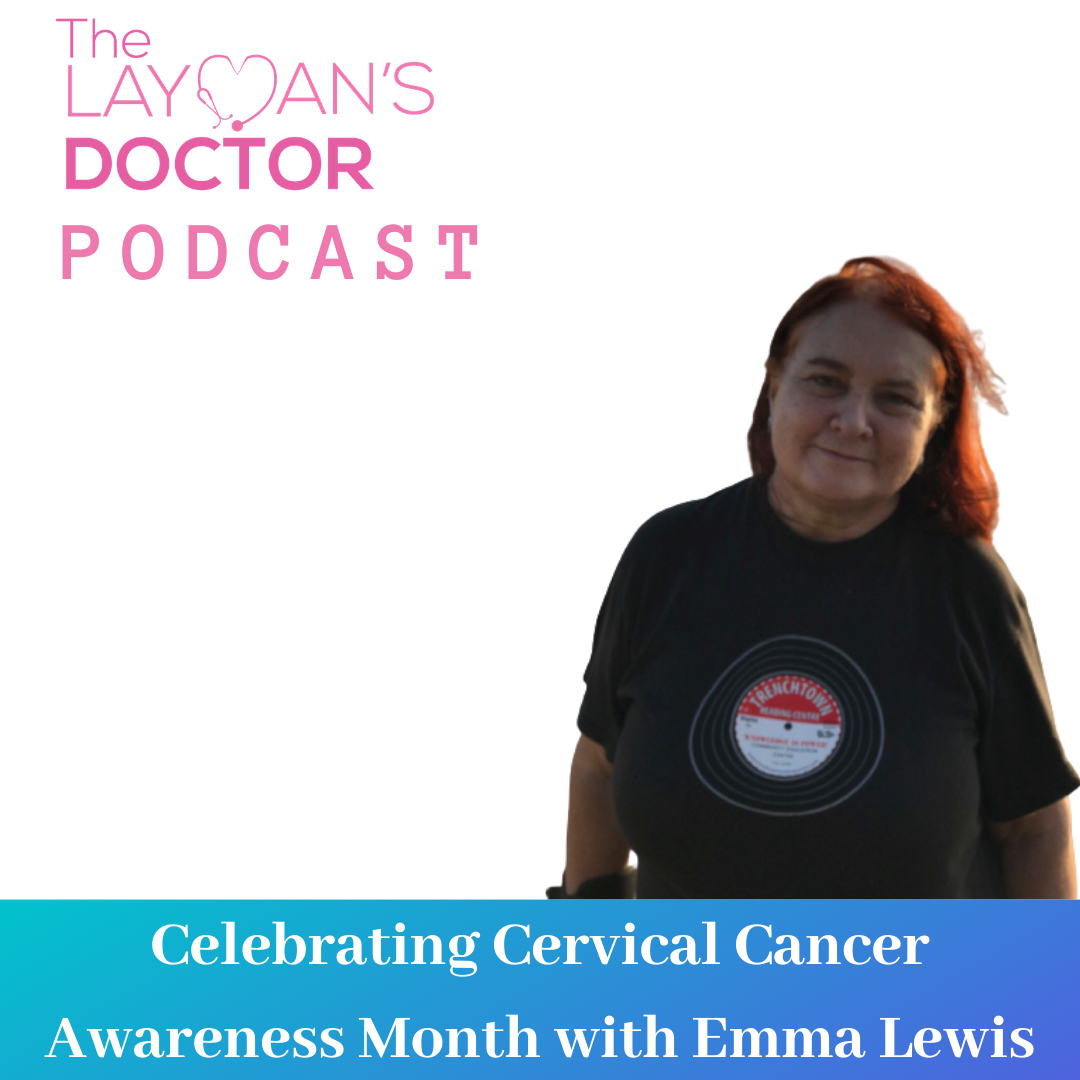 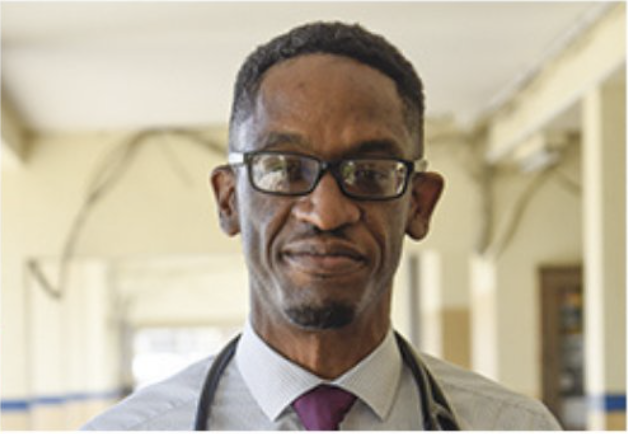 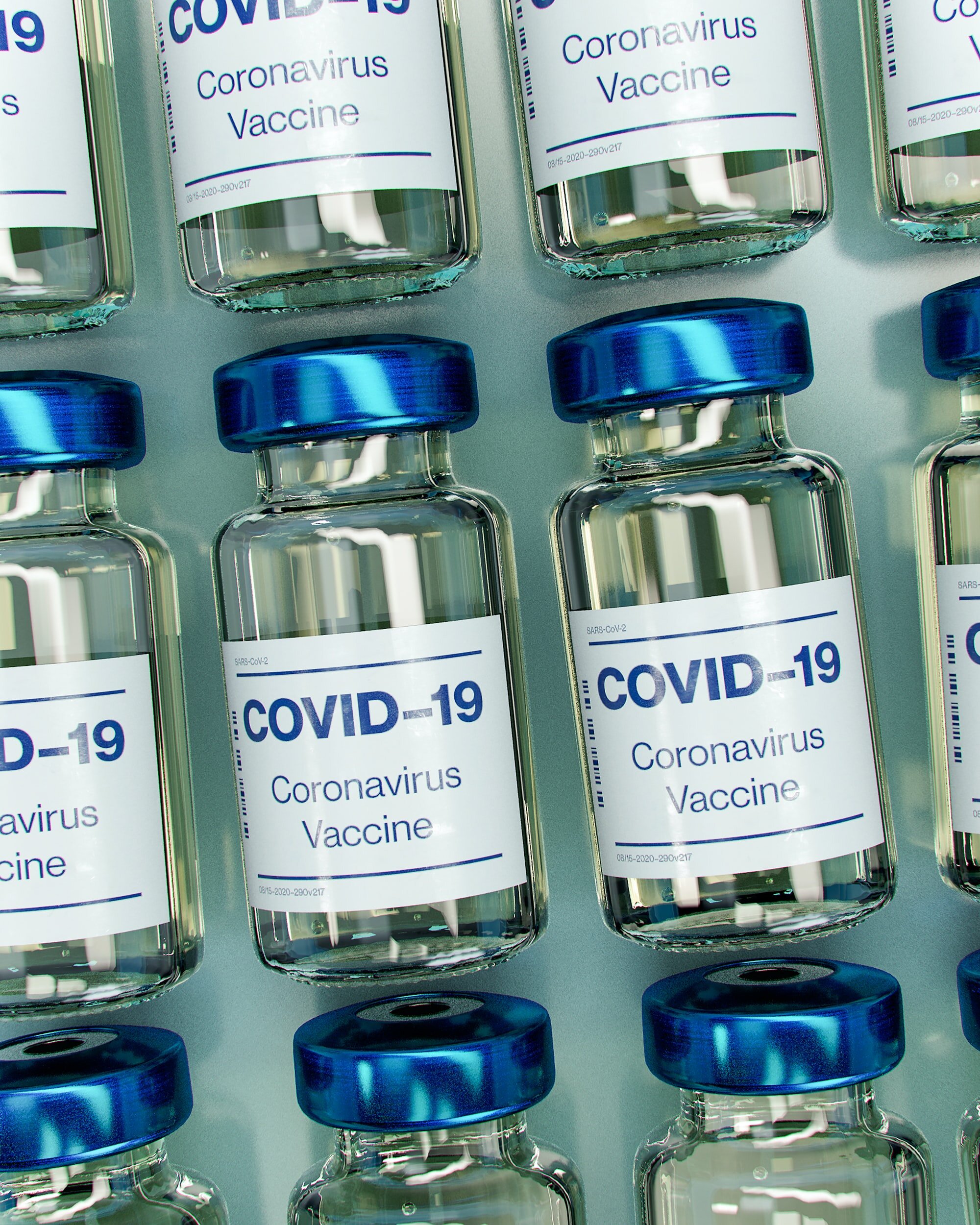 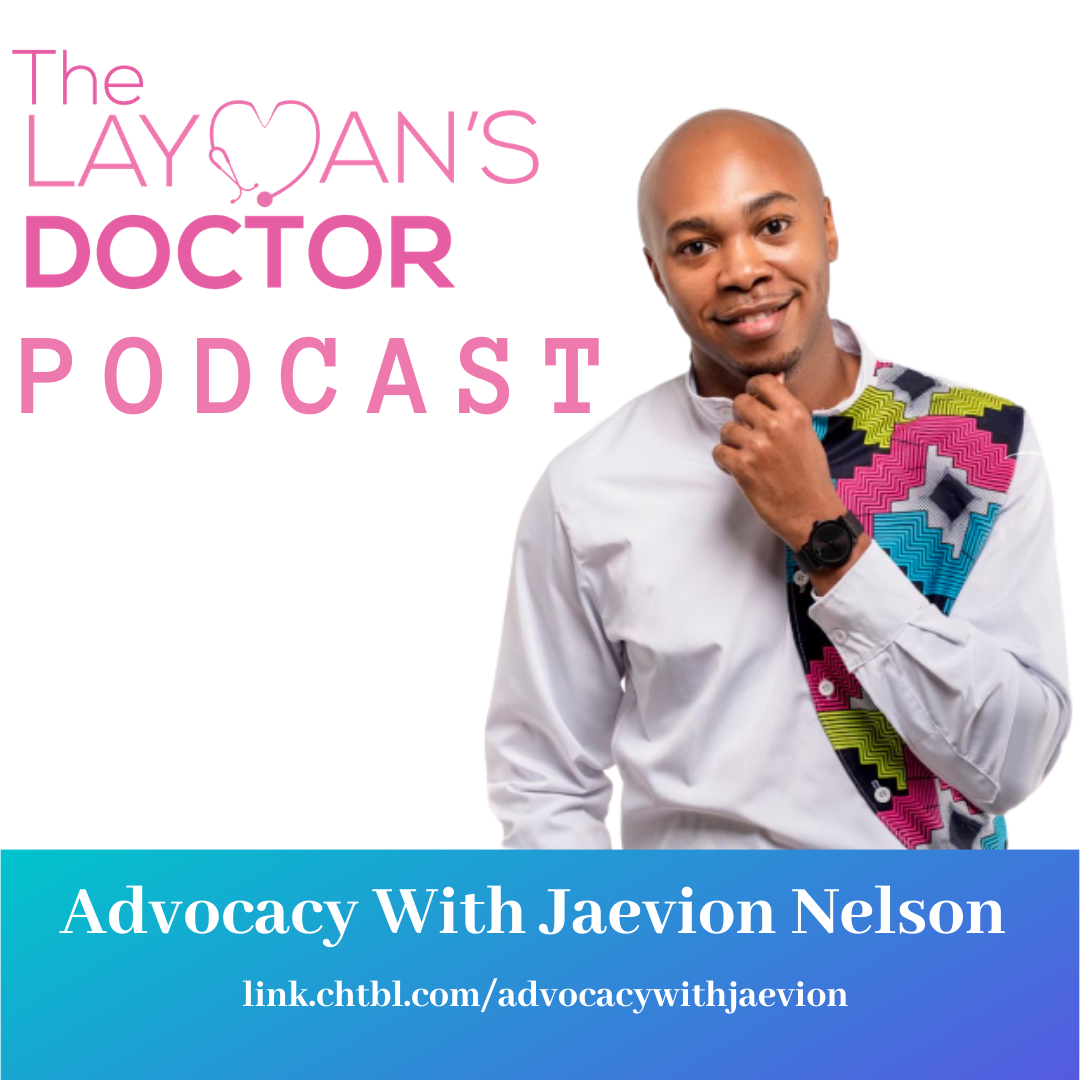